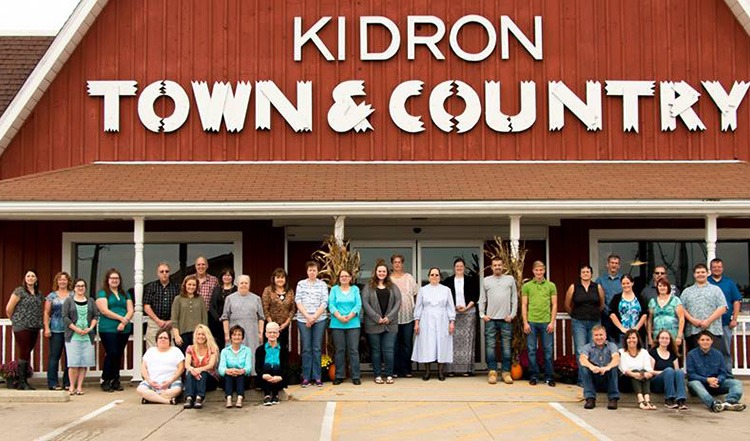 In 1929, Red and Earl Hofstetter first opened the doors of Kidron Town & Country as a meat market and grocery store.  At the time, Kidron Town and Country was one of three grocery stores serving the growing community.   In fact, you can step back in time and experience Kidron circa 1930’s by perusing the vintage photos that line the walls of the restaurant.

In the 1960’s, Rich Gerber, Danny Hofstetter, and Elmer Stauffer purchased the store.   As times changed, Kidron Town & Country continued to change to meet the needs of the growing community.  Ultimately, T&C became the only grocery store serving Kidron and surrounding areas.

Later, Rich (Joy) Gerber became the sole owner of T&C, eventually selling the store to the next Gerber generation. Max and Deanne operated the store for many years before selling to a former employee/manager, Larry Yoder, in 2016.

While decades have passed – and many renovations and expansions have been made – Larry and Ranee Yoder continue to operate according to the founding principles of fresh, quality products sold by friendly, knowledgeably associates.